This is Sony’s first 360-degree speaker 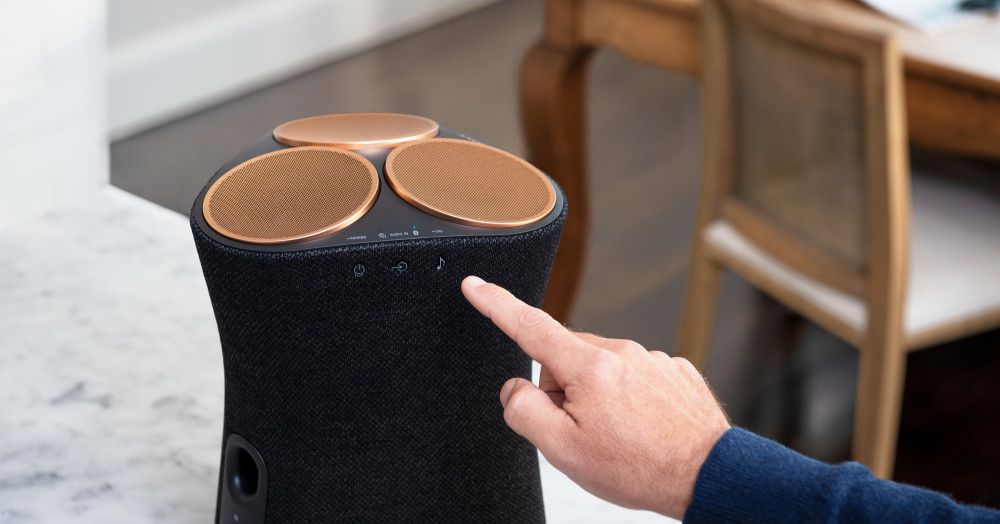 Earlier in the day, Sony announced It will launch two new amplifiers compatible with 360 Reality Audio, a spatial sound technology that replicates the feeling of live music by placing different sounds and voices in a virtual field around you. She said her plan is to launch it this spring, but she didn’t share what the speakers would look like. We didn’t have to wait to find out more about it, though, as Sony’s UK site now has full pages for upcoming products SRS-RA5000 And the SRS-RA3000 Amplifiers.

The higher SRS-RA5000, pictured at the top of this post, will have three speakers, three side speakers, and a tweeter. It’s also certified for High Resolution Audio. The SRS-RA3000, pictured below, has two high frequency amplifiers, two passive radiators, and a full range motor.

Both speakers can calibrate themselves in the room in which they are in, using an internal microphone and a „unique Sony algorithm“ as well. With the SRS-RA5000 you have to press and hold a button on the speaker, while the SRS-RA3000 can automatically calibrate itself. The two speakers also have Sony’s Auto Sound feature, which automatically adjusts the volume of each track to play at a stable volume. Both speakers support Alexa and Amazon’s Google Assistant.

The SRS-RA5000 will cost around £ 500 / € 599, while the SRS-RA3000 is around £ 280 / € 359, according to Press release on the Sony UK website. It also indicates that both speakers will arrive in February 2021, which is a little closer than the previous „spring“ date we have heard before, so there will probably be different launch dates in different regions.

Sony said it is expanding its 360 Reality Audio platform from audio to video Earlier on FridayThe company is working with major music companies and service providers to start streaming video content with the codec later this year. Nearly 4,000 songs currently support the format, according to Sony.