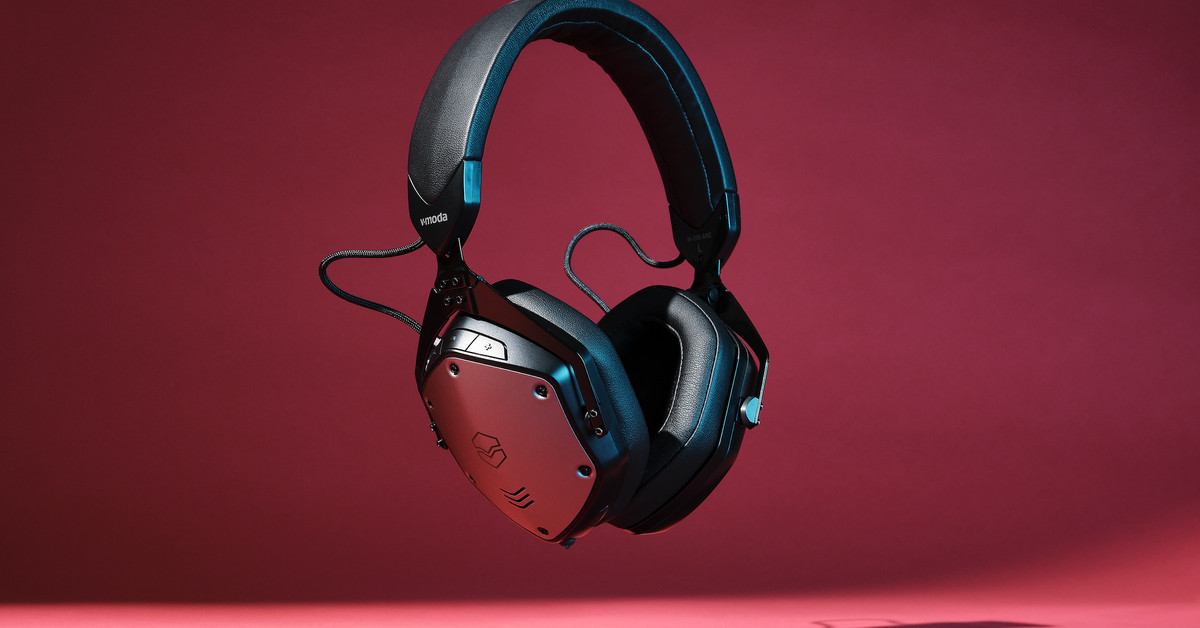 V-Moda announced a new version of its M-200 headphones at CES 2021 – the M-200 ANC, which brings Bluetooth and active noise cancellation into the classic V-Moda design. These additions come with a jump in price, although the M-200 ANC starts at $ 499.99, a $ 150 increase over the wired, non-noise canceling version.

On the outside, the M-200 ANC looks very similar to its wired cousins, with the same iconic hex design elements that have been a symbol of V-Moda headphones for years. Unlike the wired version, drivers have been swapped to 40mm (from 50mm), and there are some new buttons for controlling power, power and pairing, as well as a USB-C port for charging. The M-200 ANC headphones are heavier at 320g (compared to 290g in the wired model).

As for noise cancellation, we won’t know how the M-200 ANC lives up to mainstays like Sony and Bose until we try to try it ourselves, but V-Moda offers what it calls „Hybrid Active Noise Cancellation“ with the option to adjust the noise cancellation level in a companion app. V-Moda also introduces a „Voice In“ feature that allows users to cover the left earpiece with their hand to automatically lower the volume and pause the noise cancellation. As for battery life, V-Moda says users should get up to 20 hours of charging.

Of course, due to the V-Moda style, there is the option for customers to order their custom aluminum shields in a variety of colors with their own logo or artwork engraved on them for a personal touch.