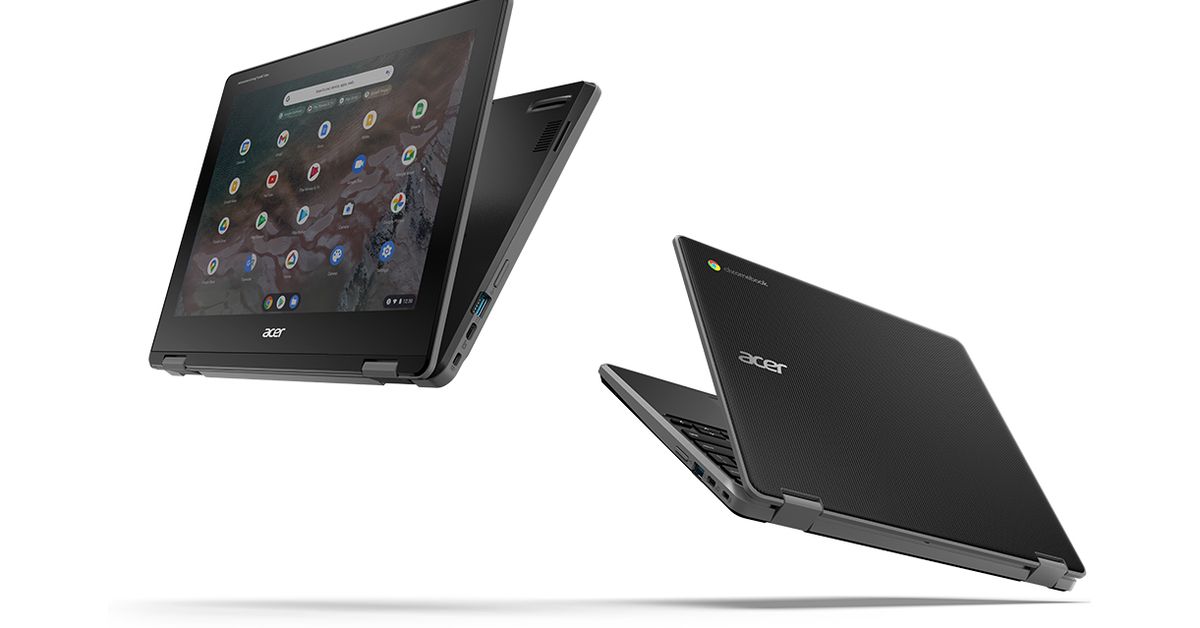 Acer announces five new laptops aimed at schools today, consisting of four Chromebooks and one Windows convertible. Two of Chromebooks are Intel-based switches, with screens that rotate around to convert them into laptops, while the other two feature a more traditional design and are powered by Arm-based processors. All five laptops are designed to be durable, with spill-resistant keyboards and components tested to MIL-STD 810H durability military standard.

Finally, there’s a $ 329.99 (€ 409) Windows laptop, the TravelMate Spin B3. It also includes a durable keyboard that flips to turn the laptop into a tablet, and is powered by an Intel Pentium Silver processor with up to 12 hours of battery life. The Spin B3 comes with an anti-microbial display as standard, and the option to have a similar coating on the keyboard and touchpad. The laptop will be launched in North America in April, and Europe sometime in the second quarter.